Julie Camacho says she owes star veteran sprinter Judicial everything as he prepares for another tilt at the All-Weather Sprint Championships in Newcastle on Friday.

After three wins from his first four starts, Judicial joined Roger Charlton’s Camacho yard – based in the race center of Malton, North Yorkshire – as a three-year-old and immediately impressed by winning a good Kempton handicap on stable debut.

Since then, the team has spent a remarkable seven years with the sprinter, collecting over £330,000 in prize money and achieving two Group 3 wins and a trio of listed successes. 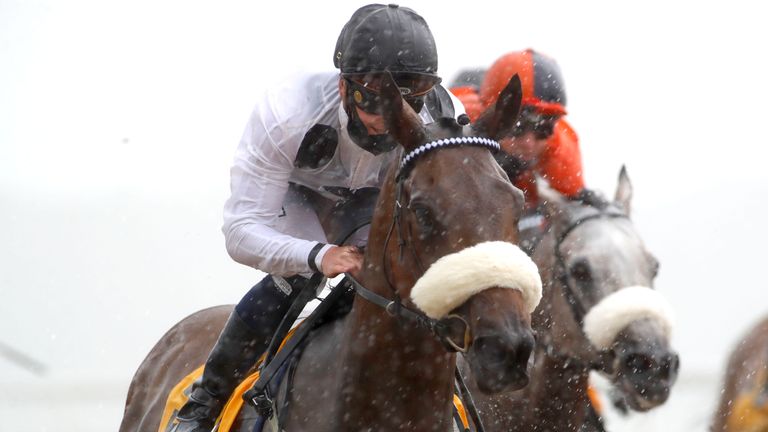 With most flat horses declining at this point in their careers, the evergreen Judicial looks as excited as ever, taking the valuable Queensferry Stakes at Chester last year and a close second in the Listed Golden Rose Stakes at Lingfield.

And Camacho was happy to admit that the long-term success of Judicial, who competes in the final day of the All-Weather Championships in Newcastle, live on Sky Sports Racing, has taken her garden to the next level.

“He’s real [part of the family]’ she said to Simon Mapletoft. “He has been an absolute star for us. We look around and we have 50 horses – that’s because of Judicial.

“We’ve had him since he was three years old and he’s part of the furniture – there will be a big hole when he retires.

“For a 10-year-old sprinter he doesn’t have many miles on the clock and he seems to be in top shape and as enthusiastic as ever. We are very happy with him.

“We owe him everything, to be honest.”

Judicial came to the yard with a bit of a reputation for being very uptight, something both Camacho and rider Nicola Scatcherd agreed on, although admitting he is much more tractable now than he was in his younger years.

“He came with a reputation and people thought he would be better in a small yard,” Camacho said. “He’s easy to train now, we don’t have any special arrangements for him, he just goes in the string.

“Nicola has complete faith in him – she was still riding him when she was six months pregnant, so that’s how much she trusts him and they trust each other!”

Scatcherd added: “He arrived with a bit of reputation, but nobody let me tell the secret! He’s still a little excited, but he had run away and raved about it.

“He is still very careful with new people and he gets upset quickly when things change.

“When he had an abscess in his foot, he went back to baby and naughty ‘Jude’ so that character is still there, but he’s really just a gentleman.” 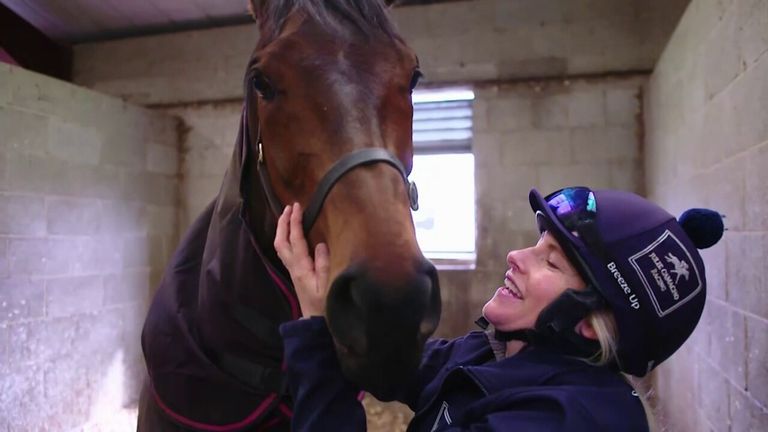 He will be heading to the All-Weather Championships Finals Day in Newcastle for the first time, and although his training rider will be in attendance, Nicola admitted she won’t be able to see the 10-year-old in action.

“I didn’t race before, but they made me do it,” she added. “I’m quite a nervous and anxious person and I’ve decided that I’m just going to screw it up, so I have my back to racing.

“I’ll be there, but I won’t look – I’m standing with my back to it and fingers in my ears!

“We’ve been together for a long time, so it’s going to be really weird [when Judicial retires] but hopefully not yet.”

Julie’s assistant coach and husband Steve Brown also said enthusiasm is still in the horse as he bids to take home the £77,000 first prize in Newcastle on Good Friday.

“We were happy with him in his prep run,” he said. “He gave Venturous £3 because we are still fined for our Listed win last season and we also had a messy two weeks with him before the race.

“He got a small abscess and missed one canter, so overall we were really happy it served its purpose for qualifying, so really forward and up.

“He’s run 48 times so he’s not a horse with a lot of miles. His enthusiasm for life is great and he’s a joy to be around. He makes our job so much easier now.

“He has opened many doors and we love him dearly. It would be great to have a happy ending.”